Filip A. Condeescu, a native of Bucharest, Romania, started dance at the age of 21 at Connecticut College, where he obtained his BA in both Dance and Sociology. In 2002, he was presented the joint Dance Magazine/American College Dance Festival Outstanding Choreography award for his piece Perpetuum, performed at The Kennedy Center in Washington, D.C. Filip completed his MFA in Performance and Choreography at California State University, Long Beach, and started a new chapter by continuing his exploration of human expression, spirituality & social justice in the New York City arts scene. Filip has received training and mentorship from Lan-Lan Wang, Dan Wagoner, Douglas Nielsen, Martha Myers, Alaine Haubert, Jeremy Nelson, and has worked with Meredith Monk, David Dorfman, Victoria Marks and Gail Gilbert. He is very humbled and grateful to be part of the amazing physical & metaphysical space that BAAD! has created & become. Filip is presenting an evening of work on June 18, 2016. 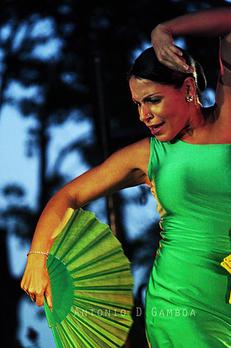 Hailed “magnificent” and "utterly compelling" by The New York Times, Nelida Tirado has been recognized around the globe for her intense grace and powerful style. Nelida began her formal training in classical ballet, graham technique and Spanish dance at Ballet Hispanico of New York at the age of six, later forming part of their apprentice company. Barely out of her teens, she was invited to tour the U.S. with Jose Molina Bailes Espanoles and work as a soloist in Carlota Santana’s Flamenco Vivo. She studied in Spain where she became soloist/ dance captain with of Compania Maria Pages and Compania Antonio El Pipa, performing on television and at prestigious flamenco festivals such as the Bienal del Arte Flamenco, Festival de Jerez, Festival de Otono, Festival de la Guitarra in Cordoba and the Flamenco Festival USA touring throughout Spain, France, Italy, UK, Germany and Japan. At 16 years she performed at the Apollo Theater in tribute to Miriam Makeba with Latin legend Tito Puente. Although Latin dance would remain as one of Nelida's true passions for many personal and cultural reasons, she focused her career on flamenco. 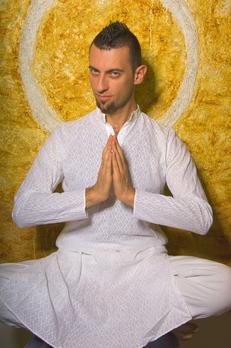 by a generous contribution by Rosario Dawson.

BAAD! Muse is an artist-in-residence program that fosters the development of challenging, thoughtful art, dance and performance in the Bronx by artists of color and/or from the LGBTQ community. It is called BAAD! Muse because it follows the idea that BAAD! is inspired by the artists. They are the muses who propel the organization, our mission, and our programs. BAAD! Muse creates a space for discovery and new ideas guided by staff, mentors, and guest lecturers who reflect and affirm the image, cultures, values and work of the artists who sometimes have difficulty accessing other programs.

The BAAD! Muse Fellows program selects up to three artists per year who receive a yearlong creative residency with free rehearsal space, a stipend and an evening-length presentation in one of BAAD!’s four annual festivals for which they are also paid a performance fee. The artists receive mentorship from Arthur Aviles and one-on-one guidance from BAAD!’s staff on marketing, fundraising, and all other administrative questions and thoughts that come up during the process.