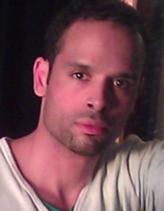 Jessica Danser, a native New Yorker and Bronx resident, has been teaching, performing, and choreographing throughout NYC for the past 15 years. Jessica holds a BFA in Dance Composition from SUNY Purchase and was a 5-time Fellowship recipient at the Ailey School. She is an ABT Certified Teacher and has completed study in Horton pedagogy. Jessica is on faculty at the Ailey School and Talent Unlimited High School, and has taught dance to all ages and levels throughout the NYC public schools and private studios, as well as at Centennial Youth Ballet in Nashville, TN. As a choreographer, her company JD/dansfolk has received numerous recognitions from the Bronx Council on the Arts, and most recently received a Fresh Fruit Festival Award for Outstanding Choreography. Jessica has performed at BAAD! numerous times both in her own work and as a member of Arthur Aviles Typical Theater, and is excited to work with BAAD! on this innovative endeavor as Education Coordinator.

Born in Trinidad & Tobago and raised in London, UK. Nikyta Moreno moved to NYC in 2011, she graduated from top Dance Schools; Trinity Laban Conservatoire of Music & Dance (UK) & The Ailey School (USA). Nikyta teaches ballet, modern, contemporary and hip-hop, as well as yoga, zumba, dance cardio and pilates both here in America, and the UK. 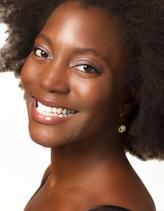 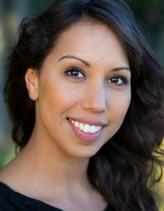 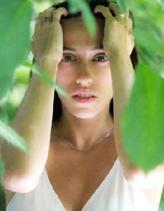 Imani Faye studied dance at the Jamaica School of Dance in Kingston, Jamaica where she performed with the National Dance Theatre Company. She trained at Steps, Dance Theatre of Harlem, The Ailey School, Broadway Dance Center and Fareta School of Dance and Drumming. Ms. Faye toured the college circuit with the Chuck Davis Dance Company, and with several West African dance companies including Les Guirivoires Dance Company in the Ivory Coast West Africa, The Drummers of Guinea, and the Sing-Sing Rhythms from Senegal West Africa in the Festival D' Arts in Montreal Canada. She has also performed with Jazz Ensembles such as Cecil Taylor Jazz Ensemble in Europe and Sun Ra Arkestra in New York City. She toured Mexico with The Ron Roach Caribbean Ensemble. Ms. Faye’s choreography work includes theater productions such as Blackberry Productions Great Women of Color, Harlem School of the Arts The African Nutcracker, and The Goodwill Games, and for Khanisi Dance Theatre in Cincinnati Ohio. She has taught at Wesleyan University, Sarah Lawrence and Hunter Colleges, the New Jersey Performing Arts Center, Museum for African Art and The Ailey School. 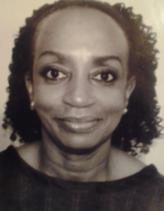 ShalomIsrael Diggs is a graduate of SUNY Brockport where she obtained a B.S. in Dance. She also obtained an AS Degree in Graphic Design from the Katharine Gibbs school in Manhattan, NY. When moving to NYC, ShalomIsrael worked with several renowned choreographers including Germaul Barnes and Sheryl Murakami. ShalomIsrael enjoys dancing and teaching International Latin Ballroom dance and has trained and worked with Maksim & Val Chmerkovskiy and Tony Devoloni of "Dancing With the Stars." Shalom has been a member of KaNu Dance Theater since 2008. She became Assistant Creative Director of KaNu in 2012. She currently works as a teaching artist for the Alvin Ailey Arts in Education program.

Arthur Aviles, an award-winning New York-Rican dancer/choreographer, was born in Queens and raised in Long Island and the South Bronx. He’s the founder of his contemporary dance company, Arthur Aviles Typical Theater, and the co-founder of BAAD! The Bronx Academy of Arts and Dance. He received his B.A. in dance and theater from Bard College, and became a member of the Bill T. Jones/Arnie Zane Dance Company, and toured internationally with the company for eight years. The New York Times called him “...one of the great modern dancers of the last 15 years.” Aviles was honored with a Bessie Award, an Arts and Letters Award from his alma mater in 1995, a BRIO (Bronx Recognizes Its Own) Award, a NYFA (New York Foundation for the Arts) Fellowship, the Mayor’s Award for Art and Culture in 2008, a National Endowment for the Arts (NEA) Master’s Grant from Pregones Theatre in 2010 and will receive an honorary doctorate from Bard College in May 2015. He’s choreographed over 3 dozen dances, many of which embrace Latino and queer cultures, and performed with his company at dozens venues in NYC and around the country. 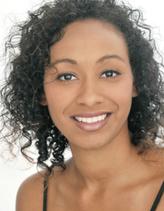 Moses “Bronx” McCarter is a martial artist and movement specialist. He has been teaching Capoeira for the past 9 years in various locations throughout NYC, as well as in the NYC Department of Education. Moses has previous experience in directing summer camps with Oasis and is bringing his excitement for building interactive, and educational programming, to the summer camp. Currently, he teaches children and adult Capoeira at Sweet Water Dance and Yoga as well as Senshi Okami Martial Arts. He is looking forward to serving The Bronx community in a bigger capacity, especially through Capoeira.

Lonnie Stanton graduated with a BFA in Dance from the Boston Conservatory and is 200 hour certified through Yogaworks. Lonnie performed and toured with Prometheus Dance for 5 years and has worked with several other New England choreographers and filmmakers. She is currently performing with NYC-based Kinesis Project. She enjoys teaching young dancers at Ballet Academy East and Harlem's Riverbank State Park. Her work in public schools is especially rewarding bringing dance education into the classroom through Notes in Motion and the New York City Ballet. 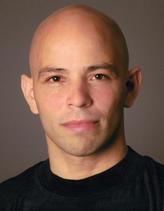 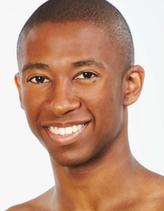