“This piece makes fun of a small-time dude who thinks he’s really something. Even in a too-shiny bright green suit, Arthur Avilés gave the character dignity… being his ‘best self.’”

"Danced by Arthur Avilés with wit and charm."

A series of spontaneous outdoor performance celebrate the

infinite possibilities of our connection with nature and each other. Choreographed and performed by Arthur Avilés, with Ariane Garcia, Beverly Lopez, Mervin Acharo Smith and Dashawn White.

​Arthur Avilés Typical Theatre, a Bronx-based contemporary dance company, creates a body of contemporary dance works and dance films that explore life on the margins of Latinx and queer  cultures, and brings those works to local, city-wide, national and international audiences.  Thematically, the works embrace, challenge and shatter cultural stereotypes, and employ “Swift/Flow,” a dance technique that uses water imagery to create a movement vocabulary. 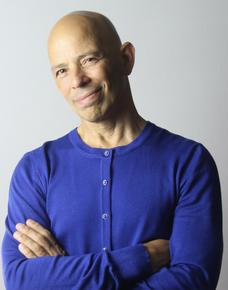 Recorded at the Enid A. Haupt Conservatory plaza, renowned dancer and choreographer Arthur Avilés and co-founder Charles Rice-Gonzalez of BAAD! present Alone Together, a dance by Arthur Aviles and performers Alethea Pace and Richard Rivera with music by Retumba, a moving performance that honors the resilience of the human spirit.

A series of conversations and performances that celebrated the publication of the Arthur Avilés Collection in the Hemispheric Institute Digital Video Library (HIDVL). The Institute welcomed Avilés as Artist in Residence at NYU for Fall 2021. CLICK HERE to view the archived videos.

(UT-Austin) on the arc and significance of Arthur’s choreographic works,

the politics of queer bodies in motion, and the relationship between community and the practice of dance and performance. Moderated by Hemispheric Institute Director Ana Dopico. CLICK HERE to watch.

Thinking Performance: The Maévas in Dialogue

with Arthur Avilés
Listen in on an intimate conversation between choreographer Arthur Avilés and performers Elizabeth “Macha” Marrero and Rhina Valentin as they reminisce about the role of Bronx Ghetto Matriarch Maéva, a recurring character that appears across multiple dance works and whom the two performers have previously played. Moderated by Charles Rice-González. CLICK HERE to watch.

Legacy in Motion: Arthur Avilés Live!
Nikolai McKenzie Ben Rema debuted A Jamaican Battybwoy in America, a piece in which Arthur Avilés revisited and reframed his signal work, A Puerto Rican Faggot from America (1996). The evening reflected the original work and its new incarnation. This performance was broadcast live from BAAD!and followed by a conversation between choreographer and dancer, who discussed Avilés’ works and their continued resonance today. CLICK HERE to watch.

PBS NewsHour: How the performing arts

are adapting the pandemic landscape

The coronavirus pandemic has affected nearly every aspect of American life, including the performing arts. Actors and dancers

are experiencing unemployment rates over 50 percent, and many companies have said they will remain closed for in-person performances for the foreseeable future. But there are glimmers

of hope and pockets of movement where the show goes on.

Movement Without Borders at the Judson Church Control the bor(D)ers is an installation and series of durational performances by Emilio Rojas and Michael Asbill which extends their shared interest in trees and nature as tools to embody themes of displacement, migration, roots, and belonging.  Seeing trees as archives and witnesses in space and time symbiotic to human existence and their relationship between extinction and carbon within the framework of the dying North American ash forest. Performed by Arthur Avilés, Maxi Kawkeye Canion, Jonathan Gonzáles, Mio Ishikawa, and Emilio Rojas.

Arthur Avilés is a Gay New York-Rican. He received a B/A, an Arts and Letters award and an honorary doctorate from Bard College under Jean Churchill, Lenore Latimere, Susan Osberg, Aileen Passloff and Albert Reid.  He was a member of Bill T. Jones/Arnie Zane Dance company from '87 to 95 from which he was honored with a New York Dance and performance (Bessie) award.

In '98, he along with Charles Rice-González founded the Bronx Academy of Arts and Dance (BAAD!) now 22 years strong. He has appeared in a number of dance films by Marta Renzi. Mr. Avilés is a NYFA Fellow, the recipient of the Mayor's award for Art and Culture and has received a Bronx recognizes it's own award. Also he has received a National Endowment for the Arts (NEA) Master’s Grant from Pregones Theatre. he has also danced for Toby Armour, Tina Croll & Jamie Cunningham, Larry Clark, Doug Elkins, Lawrence Goldhuber, Beth Lipton, Nora Laudoni, Antonio Ramos, Amy Pivar & Freda Rosen, Sarah Pogostin, Mary Ellen Strom & Cindy Lee, Merián Soto and Dawn Watson. Most recently he along with Mr. González received a Bessie award for lifetime achievement.

The Maévas in Dialogue with Arthur Avilés

The Hemispheric Institute at New York University and the Bronx Academy of Arts and Dance (BAAD!) proudly present Naked Vanguard: The Arthur Avilés Archive in Motion.

Listen in on an intimate conversation between choreographer Arthur Avilés and performers Elizabeth “Macha” Marrero and Rhina Valentin as they reminisce about the role of Bronx Ghetto Matriarch Maéva, a recurring character that appears across multiple dance works and whom the two performers have previously played. Moderated by Charles Rice-González. ​

The Hemispheric Institute at New York University and the Bronx Academy of Arts and Dance (BAAD!) proudly present Naked Vanguard: The Arthur Avilés Archive in Motion — a series of conversations and performances in September, October, and November 2021 that will celebrate the publication of the Arthur Avilés Collection in the Hemispheric Institute Digital Video Library (HIDVL).

The Institute is excited to welcome Arthur as Artist in Residence at NYU for Fall 2021. The Naked Vanguard series honors and recognizes the aesthetic and political legacies of this ground-breaking dancer and choreographer.

​
All events are free and available to all, and will be broadcast via Zoom on HemiTV.