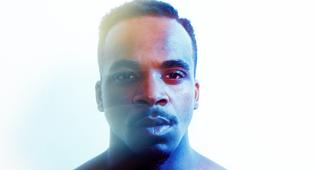 In 2004, Marta Renzi met Arthur Avilés at Prodanza Italia where they compared stories of the New York dance world. Marta had already aired her first PBS special in 1987 when Arthur was just beginning his professional dance career. This event brings two artists together in a multimedia program presenting dance books, a dance film by Marta, and live dance created by Arthur featuring Jonathan Gonzalez.

Audrey Elaine Hailes, Jaime Yawa Dzandu, and Courtney J. Cook make work that is challenging, thick, messy, purposeful, durational, muscular, textured, and requires full-bodied participation from the audience. This is the kind of art we need. Cheers to these bold and necessary artists for making work that challenges the times and sets a vision for emancipation in action.

Courageous Conversations is a free forum that brings together leading thinkers and doers from the arts, media and politics to offer strategies to queer people on how to navigate and thrive in the current political climate.

Rose Arce is Executive Producer of Starfish Media Group, the production company of television journalist Soledad O'Brien. She was formerly a Senior Producer at CNN. She shared a Pulitzer Prize in 1992 as well as three Emmys for news reporting.

​YaliniDream has fifteen years experience using artistic tools for healing, organizing, and empowerment with communities recovering from trauma. She has eight years of experience facilitating workshops with war-affected communities in Sri Lanka and refugee camps in India.

Courageous Conversations is supported by The Liberty Fund of The New York Community Trust.

BAAD! brings it on Halloween with costumes, dancing and artful fun. Doors open at 7pm, and everyone is invited to sing, dance, read or perform for the open stage beginning at 8:30pm, and MC’d by Appolonia Cruz and Vivika Westwood Mugler. Come dance the night away. 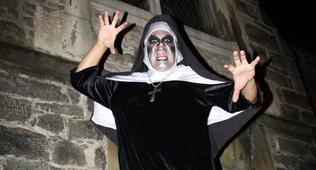 Rooted in reflective narration and mapping, Maleek's work engages the complexities of family, labor, and passage of time through the lens of the Black male experience in America. Washington is a native New Yorker from the Bronx. He began his dance training at Harlem School of The Arts, and later went on to continue his studies at Broadway Dance Center and LaGuardia High School for the Performing Arts.

Part of Pepatian/BAAD!'s Dance Your Future residency funded by the Jerome Foundation.

NuYoRican pays tribute to NYC’s Puerto Rican community, celebrating their stories of struggle and triumph. This collaboration between award-winning choreographer and artistic director of the Latin Ballet, Ana Ines King and award-winning author and journalist, Julia Torres Barden, is based on her book, “NEWYORICANGIRL…Surviving my Spanglish Life." NuYoRican shares true stories of the Puerto Rican migration to the US at its peak in the 1940s - spotlighting the discrimination, cultural assimilation and hurdles faced and overcome.

Persistent Voices takes its name from a book of poetry that highlights work by writers lost to AIDS. Edited by Phillip Clark, the book memorializes legendary queer poets of a generation. Prominent Bronx queer leaders from the fields of literature, social justice, and performing arts select works from the book and share them onstage with personal stories and interpretations.

The reading and dance performance is followed by a discussion on end of life planning that affirms our lives and deaths are worthy of consideration.

DANCE WITHIN YOUR DANCE

What is your process to find your groove? Hip hop and house dancer/choreographer Tatiana Desardouin uses her teaching method “Technique Within Your Groove” using isolations, lines, waves, rhythms, and steps to find herself within her dance. She questions how we become unique, even if we are strongly and naturally influenced by each other in our hip-hop and house communities.

​Part of Pepatian/BAAD!'s Dance Your Future residency funded by the Jerome Foundation. 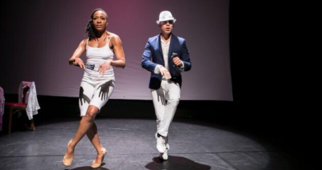 Bombazo Dance Co shows a work in progress of Crowns, a piece inspired by headwraps, a fabric of resistance, and STAYCEE PEARL dance project shares a duet from ABBEY: In The Red, an evening length work celebrating Jazz vocalist and civil right activist, Abbey Lincoln.
​

***THIS EVENT IS SOLD OUT. TICKETS ARE NO LONGER AVAILABLE.***

Orb dives into the narrative of two people finding ways to reach their fullest potential through the unseen truths of the spirit. How does cosmic energy connect us throughout the universe? How can we break through societal norms that limit us? Through Latinismo, Afro-Cuban Folklore, Cuban Rumba, Afro-Latin contemporary dance theater, street jazz, Cuban Son, and NYC-style Salsa, The Sabrosura Effect brings a cutting-edge Latin story of endless potential.

Part of Pepatian/BAAD!'s Dance Your Future residency funded by the Jerome Foundation.

THIS EVENT IS CURRENTLY SOLD OUT. TO HAVE YOUR NAME PLACED ON THE WAITING LIST PLEASE EMAIL CARLOS@BAADBRONX.ORG.

Courageous Conversations is a free forum that brings together leading thinkers and doers from the arts, media and politics to offer strategies to queer people on how to navigate and thrive in the current political climate.

Staceyann Chin is a spoken-word poet, performing artist and LGBT rights political activist. Her work has been published in The New York Times, The Washington Post, and the Pittsburgh Daily, and has been featured on 60 Minutes. She was also featured on The Oprah Winfrey Show, where she shared her struggles growing up as a gay person in Jamaica.

Zanele Muholi is a visual activist dedicated to increasing the visibility of black lesbian, gay, transgender, and intersex people. Through her artistic approach she hopes to document the journey of the African queer community as a record for future generations. She tries to capture the moment without negativity or focusing on the prevalent violence, portraying the LGBTQI community as individuals and as a whole to encourage unity.

Courageous Conversations is supported by The Liberty Fund of The New York Community Trust.
​