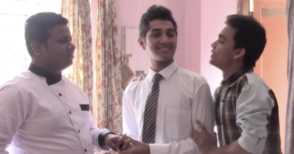 This year, as part of GET TOUGH! GET BAAD! we've included a dance party with streaming music videos featuring QPOC. The music videos can be by mainstream popular artists, independent artists, or anyone who has a danceable song and a music video that highlights QPOC in an empowering light.

The curation of the party is a collaboration between you and BAAD!. Simply list your suggestions below by including the artist, song title, and a link to the music video. The video must be downloadable in order for it to be included in the playlist. YouTube links are fine. Feel free to share this spreadsheet so we can grow the list and include a diversity of representation within the community.

*Recommendations must be submitted by Friday, February 2.

The Perfect Idea is a romantic comedy short film made in Bangladesh and directed by K D Islam. The film follows a gay couple preparing for a visit by one of the partners' father.

Carefree Elias works at a textile factory, juggling long shifts, dreams of the sea, and animated nights-out with no-strings sexual encounters. As he tries to discern where his future may lead him, Elias tries to take pleasure in the small things in life. After yet another night of working overtime, he and his coworkers decide to go out for a bit of fun, ultimately leading to new encounters and unexpected desires. 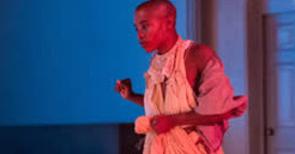 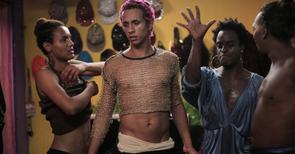 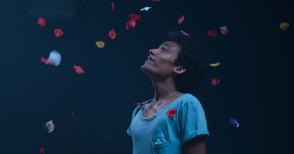 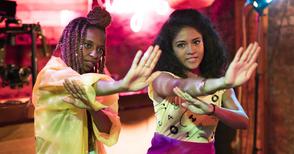 GET TOUGH! GET BAAD! 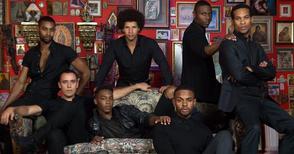 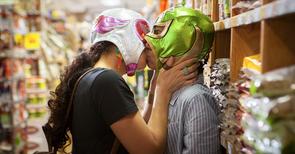 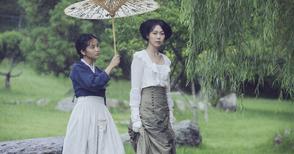 SATURDAY CHURCH tells the story of 14-year-old Ulysses, a shy and effeminate boy, who finds himself coping with new responsibilities as “man of the house” after the death of his father. Living alongside his mother, younger brother, and conservative aunt, Ulysses is also struggling with questions about his gender identity. He finds an escape by creating a world of fantasy filled with dance and music. Ulysses’ journey takes a turn for the better when he encounters a vibrant transgender community, who take him to “Saturday Church,” a program for LGBTQ youth. Ulysses manages to keep his two worlds apart; appeasing his aunt and discovering his passion for the NYC ball scene, and voguing, until his double life is revealed. Ulysses must find the courage to be who he truly is, all while risking losing those he cares about most.

A new web series by Fatimah Asghar that follows Leila, a South Asian-American writer just now owning her queerness and her best friend Patricia, a sex-positive Black-American musician who is struggling to commit to anything: job, art and relationships. While the two women come from completely different backgrounds, their friendship is ultimately what they lean on to get through the messiness of their mid-twenties.

BRUJOS is a supernatural series about gay, Latino doctoral students who are also witches trying to survive the semester and a witch hunt led by a secret society of the straight, wealthy, white male descendants of the first New World colonizers.

1930s Korea, in the period of Japanese occupation, a new girl (Sookee) is hired as a handmaiden to a Japanese heiress (Hideko) who lives a secluded life on a large countryside estate with her domineering Uncle (Kouzuki). But the maid has a secret. She is a pickpocket recruited by a swindler posing as a Japanese Count to help him seduce the Lady to elope with him, rob her of her fortune, and lock her up in a madhouse. The plan seems to proceed according to plan until Sookee and Hideko discover some unexpected emotions.

Join BAAD! at the Museum of Sex for CHULO Underwear's New York Fashion Week runway show, Winter Havest. The show is a celebration of culture, beauty, love, and charity with celebrity models like the famed Nuyorican poet and performing artist, La Bruja, a raffle, vendors, performers and two runway shows.

VIP and meet and greet begins at 7PM and general admission is at 8PM. To learn more and purchase tickets click the link below.

Choreographer Jasmine Hearn performs “thot”, which she describes as “A solo that sits in darkness. Using acquired memories of lyric and song from car rides to middle school with her sister, she’ll listen to shadow, velvet and her own forgetting.” Poet and BRIO winner Peggy Robles-Alvarado reads and performs selected passages from “Ways of Going Home”, followed by a discussion. Copies of the book are made available to all participants. Free and open to the public. 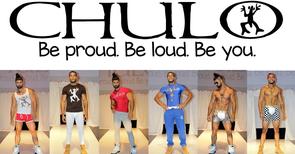 ​​​GET TOUGH! GET BAAD! is an annual series of films and events celebrating queer power, diversity, defiance, strength and visibility. The series was initiated in 2010 to celebrate queer strength and value, to take a stand against violence, and to counter negative and victimized images of queer people in the media from homophobic attacks in the Bronx and New York City. The series presents narrative films that are empowering to the LGBTQ community that feature queer, people of color as the lead protagonists and events that celebrate queer strength and value.