"LOS NUTCRACKERS: A CHRISTMAS CARAJO" is a gay, Latino comedic play, centered around a couple, Carlos and Gabriel, who have been together for 15 years. Their arguing and fighting has reached the queer heavens from which comes a diva spirit who guides them on a trip through their lives.

They travel to the first time they met back in 1978 at a white party at the Palladium dancing, to a catastrophic trip to City Center to see The Nutcracker, to a dinner party with Martha Stewart fanatics, and more... 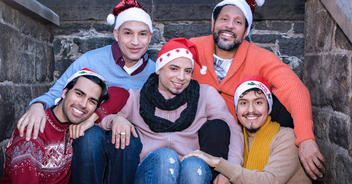